Wealth Management Brands that consistently perform well at ‘engaging’ with a wider community in Social Media find a distinctive theme (or themes) that interest and resonate with online communities. e.g:

Newton Investment Management, Hargreaves Lansdown and Coutts & Co were the top 3 performing brands at ‘Engagement’ across Social Media between November 2013 and January 2014. 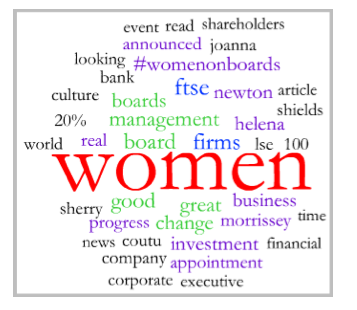 The themes championed by Newton IM are extremely popular and conductive in Social Media, but also result in a gender bias.

‘Engagement’ demographics by gender for this Brand are skewed 79.2% female/20.8% male versus the average Industry gender demographic of 35% Female/ 65% Male.

Hargreaves Lansdown adopts a more traditional positioning of themes  which are more directly aligned to their offering.  In contrast to Newton IM, the ‘engagement’ demographics by gender for Hargreaves Lansdown across Social Media are 16.5% female/83.5% male.

Apart from Specific Brand voices, Mark Dampier (Head of Research at Hargreaves) is the brand’s most valuable spokesperson. For the three months between November 2013 and January 2014 Mark was actually the ‘Top Influencer’ across the entire UK Wealth Industry. 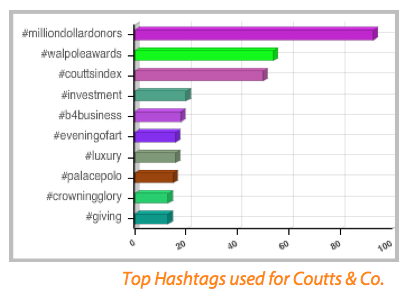 The ‘engagement’ demographics by gender for Coutts & Co are 38.9% female/61.1% male, most closely resembling the wider Industry gender demographics across Social Media.

Looking for something in particular?